Before we go any further, it would perhaps be best to explain that "abomination" was Cllr Palmer's reaction to some of the proposals set out in Leighton Andrews' White Paper on reforming local government in Wales.

The white paper was the subject of a "debate" by Carmarthenshire County Council on 6 March, the inverted commas being necessary because this was nothing like what most people would understand as debate.

The chief executive has long wanted to change the way council meetings are conducted, cutting down on the tiresome business of questioning and scrutinising, and bringing in guest speakers and corporate Powerpoint presentations instead to fill some of the available time. Staging formal debates on special topics is another stocking filler, and Leighton's white paper was the first to be subjected to this treatment.

Imagine it is Christmas 1943 at Colditz Castle. The camp Kommandant has decided to throw a spontaneous Christmas party. The machine guns have been decorated with sprigs of mistletoe, the cook has broken open a jar of pre-war fish paste, and the prisoners have been issued with a peanut.

A few prisoners take to the floor, blinking under the searchlights, and we are off, with Helga Valters calling the dance tunes, and the Kommandant popping up at frequent intervals to tell everyone what he thinks about the progress of the war. 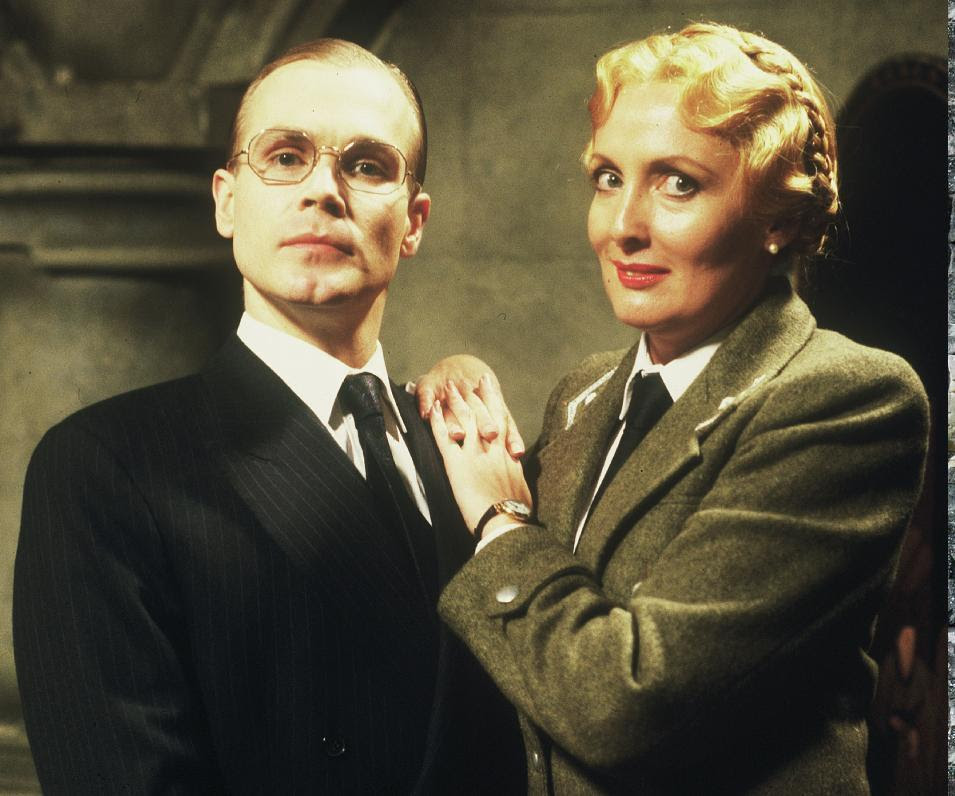 Well, you get the picture.

One of the first subjects to come up was the idea that councils should be granted a power of general competence.

Linda Legal was on hand to spell out what this meant, but the Kommandant clearly suspected that the idiots ranged before him would not understand all this complicated legal stuff, and so he spelt it out for them.

Such as funding the chief executive's libel action against Jacqui Thompson. Although there is a 2006 Order which explicitly bans this, the council did it anyway.

For Labour, Kevin Madge had clearly not understood what was meant by the word "debate". The Labour group had met, he said, and these were the results, as he began an 11 minute confused ramble, telling us what he could live with and what he didn't like about Leighton's proposals.

He had reached page 27 of his notes with another 113 to go when the chair realised that this was not a debate at all, and like everyone else he was losing the will to live.

Kev looked a little disgruntled and sat down.

Cllr Terry Davies (Lab) was as confused as the rest of us, and pointed out that there did not really seem much point in all this. The Labour group had met, decided its position, and Kev had told everyone what that position was, leaving Labour councillors just three options.

Most chose to remain silent, a few said they agreed with whatever it was that Kev had just said, and Cllr Bill Thomas (Lab) rebelled.

Cllr Thomas said he had not been to the group meeting and was therefore going to give his own views. He wanted the whole county council nonsense to be scrapped and replaced with regional government instead, but he might as well have been flogging pork pies at a kosher wedding.

Things were no better over on the Independent benches.

Pam Palmer likes to maintain the pretence that the Independents are not actually a political party, and that its members make up their own minds on everything. It is purely a coincidence that they always all reach the same conclusions on everything.

So she was speaking in a personal capacity, and proceeded to rubbish the white paper, parts of which were nothing less than an abomination, especially the bits about setting up an independent body to appoint senior council officers and introducing fixed term contracts for chief executives.

In one of his many interventions, and looking as though he had just stepped in something unpleasant, Mark James declared that the idea of limiting the tenure of council chief executives had been "a bit of a fad" in England in the past and had not worked out. There were other ways of changing your chief executive, he added, no doubt thinking wistfully of very large cheques.

Having set out her position, none of Pam's raggle taggle army was going to contradict her. This was all about the future of local government, and they had nothing to say. Meryl sat like a very grim wall flower and remained silent.

The Plaid group gave it their best shot with various contributions, probably best summed up by Cllr Alun Lenny who said that Leighton Andrews' white paper was a curate's egg.

Eventually the debate sputtered to a close. Mr James thought it had all gone very well, and councillors voted to continue the fun at another meeting.


This blog has so far not touched on the detailed proposals for reforming councils which were published back in February. There are two documents - the massive full white paper itself and a slimmed down "every day" version which can both be found here (scroll down to the bottom of the page).

There is also a public consultation on the proposals which runs until 28 April, and you can respond either in writing or using an online questionnaire.

If the "every day" version is too daunting, you can also read a handy summary of the key points written by Oggy Bloggy here.


The paper will play a key role in shaping local government in Wales for years and possibly decades to come; a second paper detailing proposals for new local government boundaries will follow in the summer.

More on this in due course.
Posted by Cneifiwr at 07:33

I love your satire very apt. Good to laugh at their antics. But of course some people have suffered because of this council's shenanigans and by the way they have no respect for or fear of any repercussions from not enacting genuine change to their culture of Maladministration as recommended by the OMBUDSMAN.

There is a consultation going on in the Senedd at this time about the powers of the OMBUDSMAN and we can involve ourselves in this, in writing, by the 20th of this month. There are 4 issues up for discussion copy and paste these 2 links:
http://www.senedd.assembly.wales/documents/s35937/Consultation%20Letter.pdf

The CCC run circles round him though he is no doubt an irritant with his nuisance reports. Personally I found him reluctant from the beginning to look at my complaint. He finally found the solution to avoid investigating further was that I was a whistleblower. I was, on March 5th, tweeted, by @OmbudsmanWales the disingenuous statement "New own initiative powers being sought by Ombudsman would have allowed us to look into this". He looked at Delyth's complaint. Even when he was supposedly looking at my complaint (reluctantly)he was stating that she was right to have complained to him. After all we are told to in our whistleblowing policy. As far as I can tell his heart is not in holding CCC to account when they ignore his recommendations even when shown prove that their actions did not change regarding POVA, Complaints or whistleblowing. My problem is how to communicate this to the consultation and keeping to the issues being discussed. I do tend to ramble on, go all round the houses etc.

I'm sure some of you out there have plenty to contribute to this 4 issue consultation. Why not look at the issues and give them your opinion.