A year ago the Cambrian News did a hatchet job on Mike Parker, Plaid's candidate in Ceredigion, with banner headlines which suggested that Mike, who spent his formative years in Kidderminster, was a swivel-eyed racist advocating the ethnic cleansing of the English from Wales.

In reality, someone had dug up a magazine article written years before in which he had described how members of extreme right-wing fringe groups were moving to parts of rural Wales and bringing their nasty ideas and friends with them.

Labour's candidate, Huw Thomas, certainly knew the truth behind the Cambrian's headlines, but chose to get on his rocking horse, feign shock and horror and call for Mike to step down.

It did not take long before someone else delved into Huw's more recent past to produce a whole series of unfortunate and infantile remarks he had made on an online forum, including advocating throwing Tippex on cars displaying the English flag.

This was gutter politics of the worst kind, and there is no doubt that some of the mud stuck. Who initiated this campaign of character assassination is not clear, but the Cambrian News bears most of the responsibility for its handling of the story.

Now there is more mud slinging in the election for North Wales Police Commissioner.

Someone has trawled through the Twitter account of the Plaid candidate, Arfon Jones, and come up with two tweets out of thousands to imply that Arfon is a friend of Jihadist extremists. You can read the BBC's account here.

Who initiated this latest round of smears is not clear, but one of the other candidates has a lot of form when it comes to cyber attacks and character assassination.

Making serious political points using humour on Twitter or any other forum can be dangerous because it is child's play to rip comments out of context. Twitter, with its 140 character limit, is also not an ideal place to engage in serious political debate on complex issues such as the Middle East.

The points Arfon Jones was making were firstly that the security forces in the UK already have a vast battery of sweeping powers at their disposal, and that proposals to extend the frontiers of the police and surveillance state even further by giving the authorities legal cover to store pretty much everything that anyone does online
are a serious threat to the liberties and civil rights which the Government and security services say they are protecting from terrorists and other extremists.

That is a legitimate point of view and one shared by lots of people across the political spectrum.

Arfon's second point was the the UK bears at least some of the responsibility for the existence of groups such as ISIS.

There are certainly a lot of people who think that if Tony Blair had not been so willing to throw in our lot with George W Bush and his 'War on Terror' that the Middle East might be a very different place to the what it is today.

Again, that is a perfectly legitimate view and one shared by people in all of the mainstream political parties, and it certainly does not make Arfon an extremist, as claimed by David Jones, Tory MP for Clwyd West.

Who has been muddying the waters here is not clear, but Labour's candidate for Police Commissioner in the north, David Taylor, has a lot of form.

Taylor made a name for himself a few years back by making some very tasteless remarks on Twitter about victims of the Hillsborough disaster while he was watching a game in a pub.

He was working as a researcher for Leighton Andrews at the time, and his activities included setting up an anonymous website to launch personal attacks on political opponents.

Unlike Arfon Jones, who was a police inspector and spent 30 years with the police, Taylor's career has largely been spent working as a backroom boy in Labour's spin machine.

So which of these two would make a better police commissioner? A man who cares about civil liberties and thinks about the consequences of UK foreign policy, or a political attack dog? 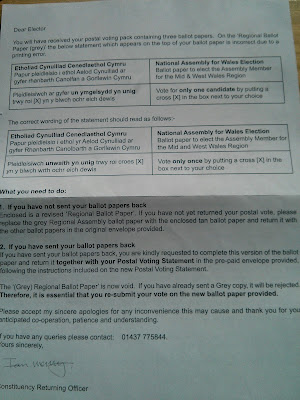 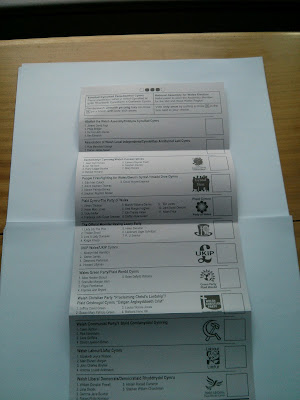 And then there are those parts of town which are best avoided, and on Twitter just as in real life, anyone with common sense knows the places not to go, and the sort of accounts it's best not to follow.

The account belonging to Nathan Gill, our Ukip MEP, is one of those places it is generally best not to go, but you can still take a peak at what he's broadcasting to the world without following him, and his timeline is full of stuff which tells you a lot about Gill's view of the world.

Last night his attention was caught by the presidential elections in Austria. The first round of voting was won by Norbert Hofer representing the far-right Freedom Party of Austria, and he now faces a run-off second ballot.


Hofer is, to put it mildly, a highly unsavoury character whose passions include weapons and a belief in pan-Germanic nationalism. At his behest, his party's official aims now include statements to the effect that Austria is a part of the "Deutsche Volksgemeinschaft", or German national community. This is a term with very strong Nazi overtones.

Hofer has also appeared in the Austrian parliament wearing a blue cornflower which was a symbol worn by Nazi sympathisers in Austria before Hitler's annexation of his former homeland. He has also complained bitterly that Austrian children are being "brain-washed" by the state when they are taught about the Holocaust and other Nazi crimes.

Over in the European Parliament, Ukip and the FPO sit in different groups, but they have a lot in common. Anti-EU, anti-immigration policies are just a start, and the national parties and some of their MEPs to and fro between different groups with bewildering regularity. Gill's former colleague,the very undelightful Janice Atkinson, now sits with Hofer's troops, for example.

So when Nathan Gill pressed the retweet button on this from someone called David Jones ("UK government have abandoned Brits. We need to exit EU, ECHR, stop all immigration + look after British people. Like UKIP. Southampton/Isle of Wight"), I can't help feeling that like Mr Jones, Gill was quite pleased to see Herr Hofer doing so well, don't you?