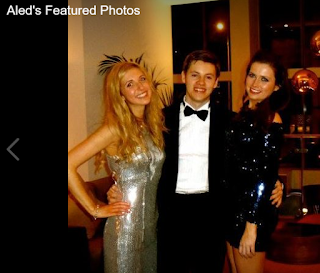 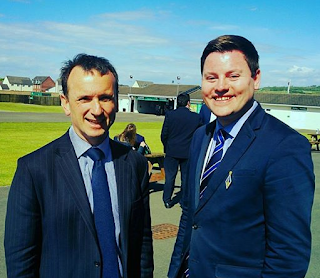 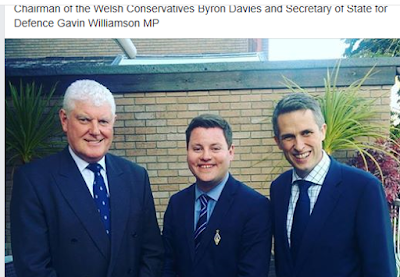 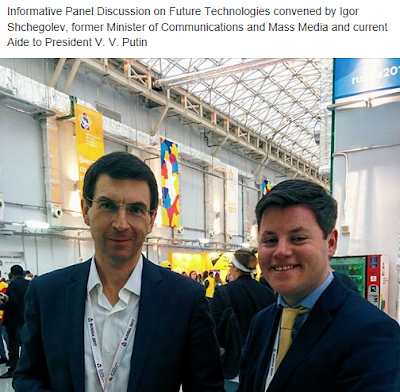 Following the death of the late Alun Davies (Plaid), a by-election has been called for Saron ward on 19 July.

Standing for Plaid is Karen Davies, Alun's widow. Karen is a well-known figure locally and works as a pharmacist. She has been a community councillor in Llandybie since 2012.

As noted in the previous post, Alun was a popular local figure who rose above tribal politics and got along with his political opponents. It was therefore shocking that both Labour and the LibDems contacted County Hall within hours of his death to demand a by-election, showing utter disregard for the feelings of Alun's family and friends.

Also throwing their hats into the ring are a LibDem, Caryl Tandy, and a Tory hopeful called Aled Crow.

The last LibDem to be elected to the County Council was Ken Rees in Llanelli who subsequently defected to UKIP.

There may be some very elderly readers who remember seeing a Tory being returned to Jail Hill, probably in about 1870, but the Amman Valley, with its memories of what Thatcher did to the local economy, is unlikely to change the party's fortunes, especially as the Conservatives, with the help of Jeremy Corbyn (a "jobs first Brexit"), are now paving the way for the destruction of what is left of Welsh industry up in the north-east.

That leaves Labour. Readers will recall that the new Labour leader, Rob James, paid a surprise visit to Llandybie Community Council a couple of days after Alun's death, presumably to familiarise himself with the territory.

Conventional wisdom had it that Labour would field Anthony Jones, the former councillor for Llandybie, but it seems that Anthony was unable to convince the Momentum cadres who now run the party from Llanelli of his ideological purity.

The red rosette has instead been pinned on Tom Fallows who recently went down to a massive defeat in the Iscennen by-election for Ammanford town council, triggered in response to "popular demand" by the Independents. Unfortunately for Tom and the Independents, popular demand did not translate into votes, in Tom's case despite or possibly because of an extraordinary last minute attempt by Rob and the editor of the SWEP, Carmarthen Journal and Llanelli Star titles to smear senior Plaid figures in the county.

Meanwhile back at Llanelli HQ, Rob is rumoured to be plotting to oust Lee Waters AM when selection time comes round.

The prospect of being asked to choose between Red Rob and Murky Waters is almost enough to make you feel sorry for rank and file Labour members in Llanelli.

Many people in Llandybie and much further afield will have been saddened to hear of the death of Alun Davies on Monday at the age of just 60. Alun served his community in various roles for many years. Most recently he was a popular county councillor for Saron ward, a member of Llandybie Community Council, a former chair of the Plaid Cymru Carmarthen East and Dinefwr constituency party and a tireless campaigner and fund raiser for Wales Air Ambulance.

The tributes to him describe Alun as a genuinely nice guy who was liked and respected by his political opponents, a big and gentle man who was a familiar sight at countless public meetings.

Alun's death will mean a by-election, and normally political foes could be expected to show respect by waiting a couple of weeks, at least until the funeral, before triggering an electoral contest, but Rob James, the newly installed leader of the Labour group on Carmarthenshire County Council ("elected" by tossing a coin), clearly has little time for such niceties. Constrained only by the fact that Monday was a bank holiday, he hit the ground running on Tuesday, insisting that the council kick-start the electoral process.

Polling day will be 19 July, and the nominations process will begin before the funeral.

It is worth recalling that 2017 was a good year for Labour in general, but the party went backwards in most of Carmarthenshire outside Llanelli, despite being in opposition.

We will not have to wait long to find out who Labour will field, but one possible contender will be Anthony Jones who lost his Llandybie seat to Plaid last year. Prior to that setback, Jones was one of the bigger and noisier beasts in Labour's Carmarthenshire menagerie, with ambitions to become leader of both the Labour group and the County Council itself, unsuccessfully playing Brutus to Kevin Madge's re-interpretation of Kenneth Williams' performance as Caesar.

"Infamy, infamy, they've all got it in for me!"

If Anthony Jones does throw his hat into the ring, he will be hoping that voters in the Amman Valley have forgotten his time on the council's planning committee where he managed to incur the wrath of both Ammanford Cricket Club and the residents of Penybanc.

It remains to be seen what Labour will do in the case of the now vacant seat on Llandybie Community Council. The party could choose to stand back and allow Plaid to co-opt a new member, or it could force another by-election as it did recently in Iscennen ward in Ammanford.

Readers will recall that Labour went down to a heavy defeat in Iscennen after forcing an unnecessary election, with the unsuccessful Labour candidate arguing on this blog that his party had triggered an election in response to popular demand. Cough.

The otherwise clean Iscennen campaign was marred a day before voters went to the polls when Rob James and the editor of the Carmarthen Journal, SWEP etc. launched a ham-fisted and spectacularly unsuccessful attempt to smear his political opponents.

Despite that drubbing, the indications are that Rob James will insist on forcing a second contest in Llandybie because the Labour leader unexpectedly travelled up from Llanelli to attend the AGM of Llandybie Community Council on Wednesday.

In common with most community councils, Llandybie rarely gets to welcome members of the public or the local press to its meetings, and such was the surprise of councillors at the sight of the increasingly Gothic looking Labour leader, that he was asked in what capacity he had decided to grace them with his presence. "As an observer", came the reply.

Clearly Rob still has some way to go to becoming a household name even in his own household because when he temporarily left the room, the chair of the council AGM for the evening, Cllr Anthony "Whitey" Davies, asked his fellow councillors who the surprise visitor was, despite sitting opposite the Labour leader in the chamber of County Hall.