The smear on the Dafen village website and one of the comments on this post urging Rob to give up show that panic is beginning to set in on the Labour side.

The suggestion that Rob is not qualified to give defibrillator training was not only false, but irresponsible. Most of us will have seen defibrillators hanging up in public places, and unless you have had training, you probably think that they require specialist knowledge to use. They are in fact designed to be used by anyone who can read and follow a few simple step-by-step instructions and perform CPR.

I had training a couple of years ago, and although I could not tell you exactly what to do from memory, the key message I came away with is that they are very, very simple to use.

The effect of the anonymous message is to suggest that defibrillators can only be used if you have had training, and that is something that could cost lives.

But if you have not been trained, please, please make the effort. It could be the most important thing you have ever done.

As for the comment left by Anon on this blog saying that Plaid is just using Rob and will spit him out when done is an insult to the man himself. Rob is his own man and is campaigning on his own merits.

One of the wards to watch when votes are counted in this year's county council elections will be Dafen, a two horse race between Tegwen Devichand (Lab.) and Rob Evans (Independent).


Rob is a larger than life, proud Welshman. A die-hard rugby fan who is also a registered paramedic and a serving member of Llanelli Rural Council, he is determined to give the 75 year-old veteran a run for her money. 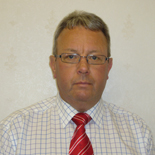 The result looks set to be close.

Unsurprisingly, the dirty tricks brigade are out, and an anonymous post has appeared on the village website questioning whether Rob is qualified to give training in how to use a defibrillator.

Rob has been giving training in Felinfoel, where he lives, and has promised to give free training in  Dafen, regardless of the outcome of the election, as the village is due to get its own public access defibrillator.

Recently while out canvassing Rob came across someone who had just had a stroke in their home, and thanks to his intervention, that person has survived.


He is also campaigning for Welsh medium Cylch Meithrin provision.

A victory for Rob would be a big step on the way to changing the toxic nature of politics in Llanelli.

This is dispicable . Why try to discredit a carer ? Rob is a paramedic and trained in it to the best . He saved so many lives and the woman in Dafen car crash . Diplomat hotel at christmas time a customer chocking . Need i go on ? Keep going Rob more cllrs like you we need . Im pretty sure Dafen people are aware of the liars lies .

Right lets get one thing straight here . I have attempted suicide . I was very bad and low a while ago and Robert noticed it . He spoke to and with me not at me . He didnt judge me and he shed a tear with me . Hes strong as a carer and he helped me and he still phones me every week along with his wife and meets up . We are now friends . So dont ever try to put someone who continues to care ling after the event down . What evil people do that ?

The mother and daughter double act in Dafen does little to promote democracy for us residents in Dafen, they will always back each other up and the rest of the Labour Dafen crew are so scared of them they don't have a voice or thought of their own either.It's Teg and Sharens way - or no way.

I fully agree with anons 08.38 & 09.19 Who inDeeD would be so nasty and vindictive as to be behind such underhand tactics? Doesn't take a genius to figure that one out!

It is about time some people were uncovered for the dishonest and underhanded people they are
Rob Evans is HONEST and totally GENUINE and will do everything he can to help others - it is in his nature and comes naturally and instinatively to him. He does pretend to care - HE DOES!!!
Please stop discrediting him and run a fair campaign against him - he hasn't discredited you despite your jibes at his character and profession

This is just normal for the dafen lot . Running scared definately comes to mind . They cant play a good campaign . They always discredit the other side . Use people to through their muck and attack genuine candidates . It seems to be the same in Llwynhendy but the community are now coming to see what they are saying and doing as blatant untruths and vile attacks . The same in bynea last time a man there is still very ill through it . Rob is a decent man and will be fantastic if elected county because he is loud larger than life and very vocal . He wont just sit back . He also cares about people genuinely and even though they have tried to discredit him dafen voters can see it . Vile nasty campaign by 2 family members . Good luck Rob and carry on with your integrity intact unlike them .

It seems panic is setting Cneifiwr . Labour have been phoning voters today asking for their support . Entering shops for their posters to go up . Garages trying to remove posters to put theirs up . Says it all really . Personally in MY OPINION they are dispicable bothering people on a family day of rest and children returning to school tomorrow so parents are busy preparing unforms etc . Continually posting leaflets surely there needs to be a law against this one maybe two leaflets should be enough surely ? People are sick of seeing them now they just add to the blue bags . Im not going to say i wont vote again but i know who i will never vote for . This is the most disgusting lowest election i have ever encountered in my 30+ years of voting . And to top it reporting no addresses on leaflets or posters . They really need to look at their own as one says "i live locally " yes as in somewhere in Carmarthenshire but i have rental properties in this area" but i am standing as community where i live though.

Enquiries have been done . Papers and meeting minutes looked at . Ward allowance looked at and there is no mention of any defibrilators . The only one was a bt box in llwynhendy in feb thats it .

Hi, I am Andrew Lloyd, the owner of Dafen Village Website: http://www.dafen.org.uk/
Apart from listing the current local councillors, there are no politics discussed on the website. And no blog comments have been made regarding the elections.
I am also Admin to the associated 'Dafen Village Website' page on Facebook. As far as I am aware, it is not possible to make an anonymous comment on Facebook. Any posts made by councillors on the page itself have the name of the councillor/s at the end of the post.
Please direct me to any post that questions Mr Evans' qualifications and I shall review it.
Thanks,

Thank you Andrew. For a politics-free zone, it's strange that the first post that comes up is a picture of Tegwen Devichand, her daughter Sharen Davies and two other Labour candidates asking the people of Dafen to vote for them!

Please distinguish between the website and the facebook page. Anybody is able to contribute to the facebook page. The Independent and Labour candidates have both made posts to the page. Mr Evans has posted pictures and videos as a candidate. Cllr Devichand has a direct page role, issued previously because she was a supporter and a community leader. I requested that her posts leading up to the election period are 'signed' with her name so that they represent her and not the website and this has been done. Granted, because of this page role, her posts are more prominent on the page, and last posts are always the first post at the top of the page. Thank you for highlighting this; I have shared Mr Evans' video as a way of promoting it on the page.
Thanks,
Andrew

I thought community webpage was community . With promoting labour councillors surely it should be registered as a political page ? It says dafen.org.uk not everyone in dafen is labour for goidness sakes . They dont choose for us voters .

Thats good of you Andrew . Maybe Rob Paramedic will be your villages new supporter and councillor after today .

Well the best person won the peoples votes . Well Done Rob . What a brilliant outcome . He deserved this win . He walked and talked and spoke to the people of Dafen which was hard work . He had his lovely wife and daughter there and did not throw one dirty tactic out . Good Luck Rob . It was good to see dolly actually can show emotions with tears . New begginings younger generstions . Happy Days ! Now lets slay at the ge