Here's the line-up so far:


Jonathan Edwards was recently once again in the news for being one of the most active MPs in Parliament, and the Plaid group in Westminster were the hardest working Welsh MPs.

Neil Hamilton, famously named a liar and a cheat by The Guardian, comes to us with a glowing testimonial from Labour Party members in Llangennech.

"They were lovely, genuine and a bit nutty in the nicest possible way.  ....So far he has done exactly what we have agreed and they are both checking with me and Jacqueline [Jacqueline Seward, Labour candidate in next week's council elections in Llangennech, Ed.] before saying or doing anything", said Ms MB. 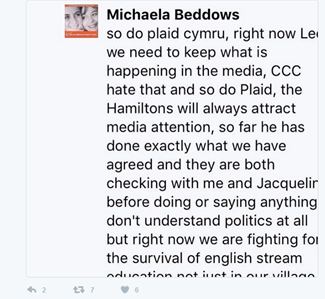 Darkin looks very naked there without his roll up in mouth .