Standing up for human rights

Uganda has been in the news quite a lot in recent years for its appalling treatment of gays, lesbians and others because of their sexual orientation. There have been horrific cases of physical violence, maiming and even murder meted out to people because of their sexual preferences, and last year the country's parliament passed a bill which would punish what it terms "aggravated homosexuality" (i.e. a sex act with someone of the same gender) with up to 14 years in prison.

In common with some other countries in Africa, the flames of homophobia have been fanned enthusiastically by fundamentalist evangelical groups. Oggy Bloggy Ogwr provides much more background on this here.

Currently the First Minister, Carwyn Jones, is visiting the country to the consternation of many who believe that he should not be seen to be condoning a country with such a terrible record on human rights. It is not even clear that he is prepared to discuss the issue with his hosts, as he tours the country visiting various projects with a Welsh connection.

Yesterday he visited one such project at a place called Kachumbala where a group called CCTAL (Carmarthenshire Construction Training Association Ltd) is building a mill in association with Coleg Sir Gâr, Carmarthenshire County Council and Engineers for Overseas Development Carmarthenshire. You can read a report on this project on Robert Lloyd's blog here. 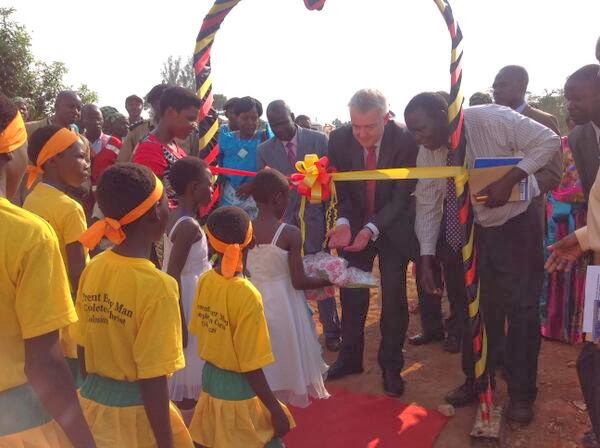 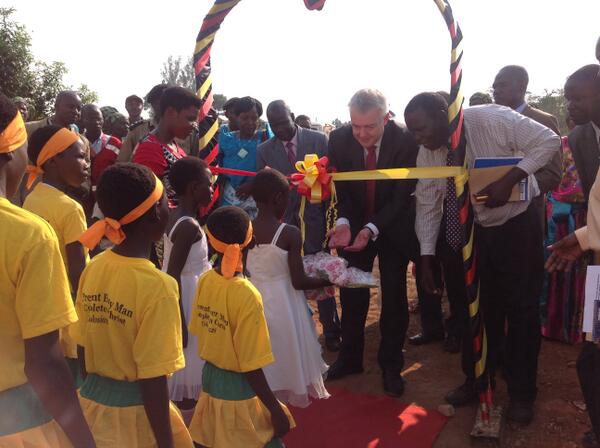 Over on the Institute of Welsh Affairs' website Steve Brooks, a Labour loyalist, calls on Carwyn to follow the lead taken by UN General Secretary Ban Ki-moon and raise his voice.

It probably won't take long before the council's press office in Carmarthen spots this PR opportunity (Carwyn didn't tweet his pic until nearly 5 o'clock this afternoon, so it was way past bedtime for the Ministry of Spin).

When they do get round to churning out a press release, will Kevin Madge find time to explain what he is doing to encourage the council's partners in Uganda to stop this persecution?
Posted by Cneifiwr at 06:23

I think you'll find that the First Minister of Wales is named Carwyn Jones, and not Carwyn James, as you state.

For all the stick you dish out on this website to your party's nemesis - Calum Higgins - I'm pretty sure he wouldn't have made such a basic error if he published a blog, and if he had, you'd milk it for weeks, wouldn't you?!

Thanks for pointing out that mistake. I'm not sure what it has to do with Calum Higgins.

Surely the important point here is that Carwyn Jones and some Welsh councils are closing their eyes to human rights abuses.

Peresecution of gay people has been going on for a long time in Uganda and is getting worse. Is that OK with you?

I quite like Callum but I don't think hes going to be anybody's nemesis.