Cllr Meryl Gravell, who draws a senior salary of £28,780 in her capacity as member of the council's Executive Board, has been unable to attend meetings of the full council since July, but it is pleasing to report that she has been able to find time for other more important matters, including recent appearances with Welsh Government Minister Ken Skates at Newton House in Llandeilo where the pair was accompanied by someone dressed as a medieval knight, and a photo opportunity with Sir Terry Matthews, the billionaire chair of the Swansea Bay City Region Bay. Sir Terry had apparently popped in to gaze approvingly at all the grants Meryl has been dishing out to speculative ventures in Cross Hands.

The latest grant of £459,000 went to a newly formed company called Enzo's Lettings Limited, and the council is keen to let us know that the money was awarded after a due diligence check by the Welsh Government, whose track record in such matters (Awema) should put all our minds at rest.

While not attending to council PR work, Cllr Gravell has found time to write a book chronicling the history of Trimsaran WI.

The title, "50 Shades of Trimsaran WI", suggests that members do rather more than make jam and sing about England's green and pleasant land. Bearing that in mind, any bookshops and newsagents planning to sell it would probably be well advised to put it on the top shelf.

Unfortunately, it is too late to nip along to Llanelli Library for the book launch where Meryl was signing copies in the company of veteran broadcaster Roy Noble, for whom this must have been a new career high. 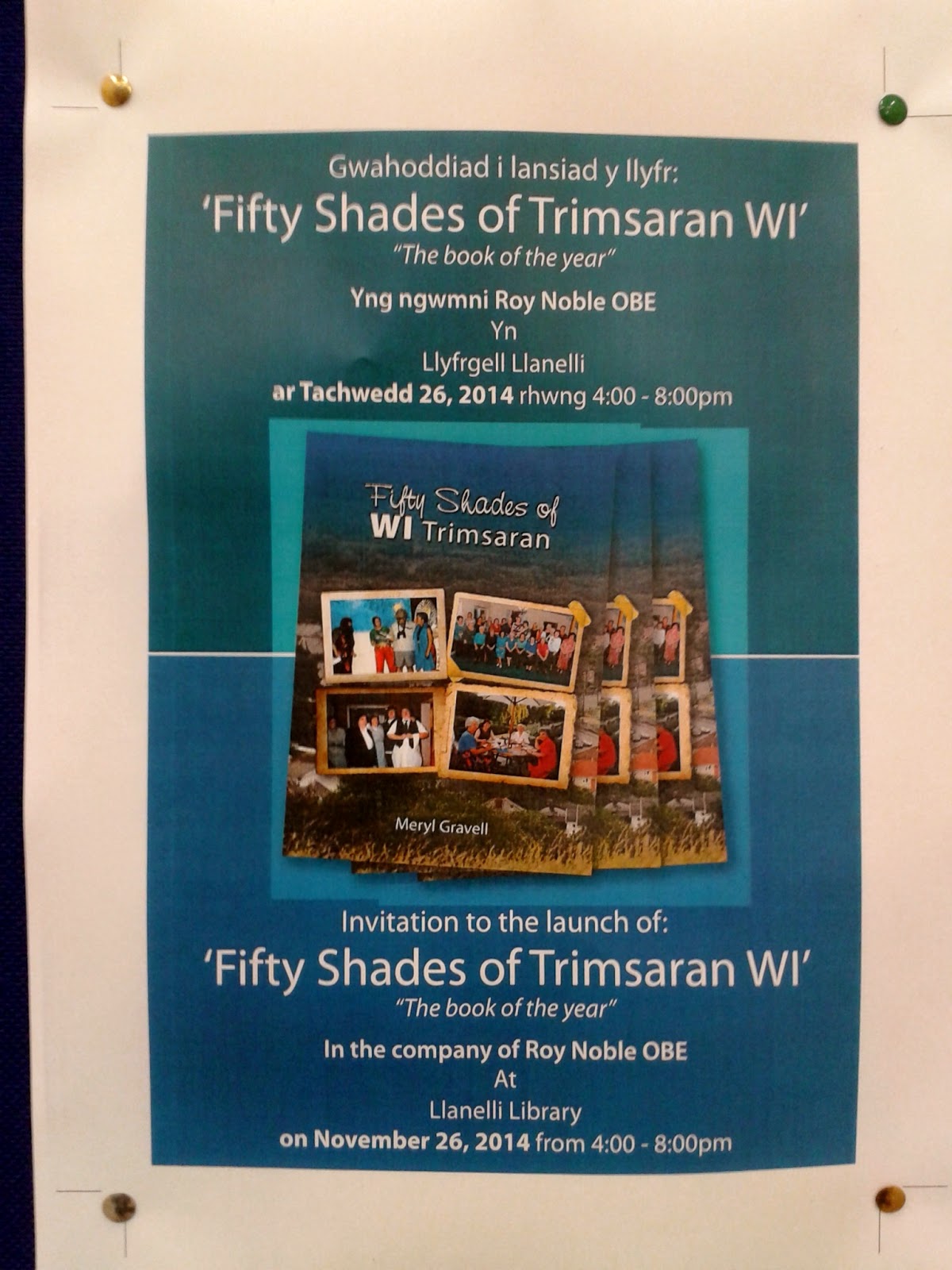 Let's hope that no killjoy members of Cylch yr Iaith spoil the celebrations by complaining about the dodgy Welsh grammar used on the poster.

Meryl was less than flattering in her views about the standard of Welsh spoken by pupils of Ysgol y Strade at a council meeting earlier this year, but perhaps she should have consulted them about her mutations.

What revolting pictures. I'm not able to pass comment on the poster but the video clip is excellent and should be compulsory viewing for someone who thinks she can speak and write accurate Welsh - but can't.

Perhaps Meryll is one of those people who always likes to have someone in her life to idolise, rather like teenagers who wax lyrical about their favourite popstars.

Though teenagers usually do grow out of it ....!

I see that the poster declares it as “The book of the year”. I assume she is familiar with the Advertising Standards Authority’s code which states “Claims that are likely to be interpreted as factual and appear in a testimonial must not mislead or be likely to mislead the consumer.”
(ASA - Endorsements and Testimonials para 3.45)

A few years back, Meryl insulted a former County Councillor who has learnt Welsh, but speaks with a North of England accent, by refusing to reply to her in the Council Chamber when speaking in Welsh as she claimed she couldn't understand her.