Mercy Ministries, the controversial US-based religious group, has been operating in Ammanford for a while, and it is now finally making an appearance in Carmarthen.

The banner describes Mercy Ministries as "the outreach ministry of the Maranatha Fellowship", a movement which says it is not a church but a collection of Christians from different denominations. It has a fundamentalist and highly conservative view of the world, and believes that God chose to issue a prophecy to the people of Britain in 1993 through the book of Ezekiel, warning about the dire state of society, the collapse of public morals and the assault of secularists on the church.

What was so special about 1993? Well, Kenneth Clarke took over from Norman Lamont as Chancellor; Ford launched the Mondeo; UKIP was formed; and John Major launched his famous 'Back to Basics' campaign which collapsed under the weight of juicy scandals and revelations about Tory MPs. 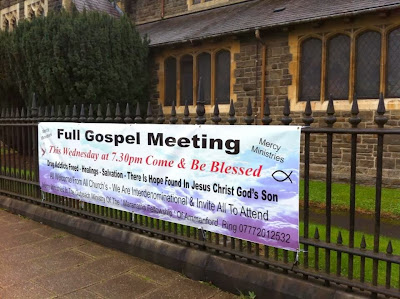 Cneifiwr will be off-line for a couple of days, returning on Sunday. 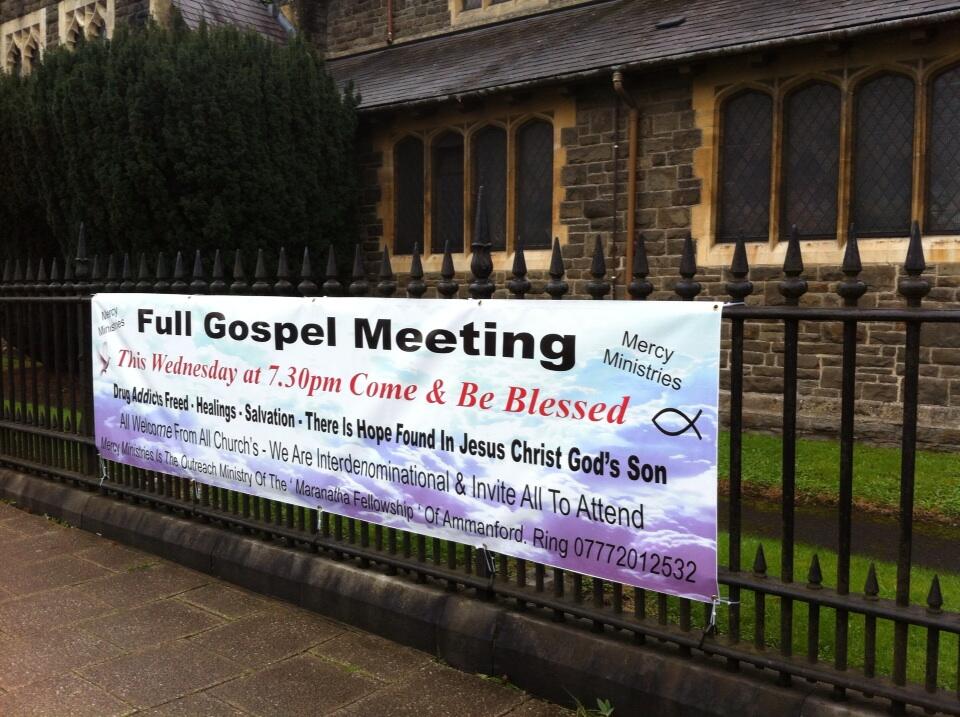 Mat 7:15 Beware of false prophets, which come to you in sheep's clothing, but inwardly they are ravening wolves.

In light of entries 14, 15 and particularly 16 in the table of budget proposal, was anyone associated with Mercy Ministries, Towy Church, St John's Church or the church in Ammanford in attendance at the seminar held at the Ffwrnes Theatre in Llanelli?