Caebrwyn reports on the latest reshuffle of the Politburo in County Hall where Pam Palmer takes over as 'Youth Ambassador' and drops her responsibilities for Rural Affairs. Whatever her achievements were in rural affairs is not recorded.

In addition to representing the county's youth, Pam also assumes responsibility for Sustainability (in Carmarthenshire this means building giant housing estates and supermarkets), and Biodiversity (a.k.a. pest control).

While researching for a different project I stumbled across this clip advertising the recent production of Tir Sir Gar. 45 seconds in, and we get a shot of the main entrance of the County Museum at Abergwili just outside Carmarthen, a museum run by the County Council.

Another part of the Tir Sir Gar archive is a series of short films looking at 12 objects from the museum chosen by the artist Marc Rees to represent different aspects of the story.

As for the building itself, what should be a jewel in the county's crown telling the story of Carmarthenshire's rich cultural and industrial heritage, looks instead like some long gone asylum or TB isolation hospital. The paint is cracked and peeling, the remains of dead plants dangle down the portico, and the exterior of the building is a dirty and shabby grey.

It wouldn't cost much to give the building a face lift and a lick of paint. Many local authorities would be proud to possess such a building and keen to show off its contents. Not so Carmarthenshire, where municipal delegations and visiting dignitaries are more likely to be whisked off to sample the delights of the new Odeon cinema in Llanelli (whose owners, a global private equity group called Terra Firma, received £20,000 from the council to help pay for its 3D system), or the evangelical bowling alley in Johnstown, recipient of enough council money to completely renovate the museum and run it for years.

The museum in Abergwili stands neglected and forlorn in the ward represented by Cllr Pam Palmer, deputy leader of the council, and someone who has sat on the governing Executive Board for more years than anyone cares to remember.

At the end of 2011, in what bore all the hallmarks of a pre-election PR stunt, the administration in which Pam is a leading light announced plans to shut the museum down. Pam then announced a temporary stay of execution and said that she was working on a rescue package. If anyone knows what happened to that, please get in touch.

Unloved and neglected by the authority charged with its care, the crumbling museum stands as a fitting monument to Pam's long career in County Hall. 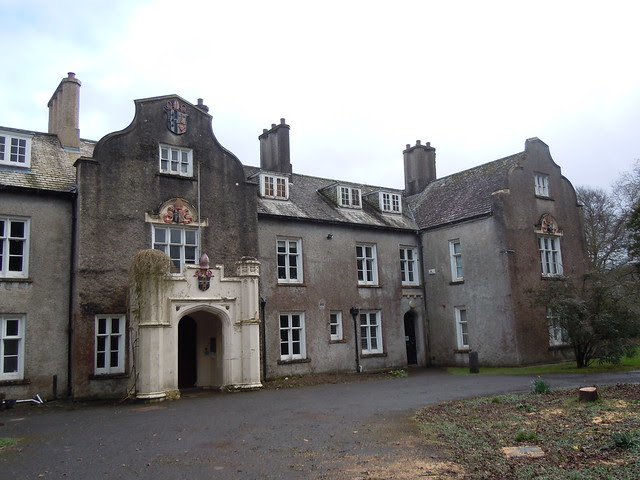 The beautiful grounds are similarly unloved, it used to be a joy to walk around the ponds but these are silted up and overgrown, a great shame!

Stopping picking on Llanelli. CCC are doing the same to Parc Howard in Llanelli. Just because CCC waste cash in Llanelli does not mean Llanelli is getting all the dough. Often we don't *want* the "investment" (al a Parc y Shambles) yet our Listed Art Deco Llanelly Cinema is covered in scaffold and for sale for a nominal £1 almost.

But please keep scrutinising Pam Palmer. She is an odious sh*t.

Apologies if I gave the impression of picking on Llanelli. I wasn't. Instead of donating £20,000 to Terra Firma, which is worth billions and is only in Llanelli to make a profit, the council should have asked Terra Firma to make a contribution to the museum.

At the risk of appearing ungallant, I would have expected a 'Youth Ambassador' to be better, um, 'qualified'.

Jac, I fear she may be a little over-qualified.