After yesterday's mammoth piece, here's a mercifully shorter one.

Since this blog last looked at the controversy about plans to relocate Ysgol Dewi Sant to Llanerch Fields, Alan Evans' LabourLlanelliOnline hyperlocal news service has been busy churning out stories in support of the campaign group opposed to the plan, including this classic.

Under a picture of a stately pile (that would be Chatsworth House, Ed.) sitting in exquisitely manicured landscaped grounds with a water feature that anyone could mistake for Llanerch Fields, LlanelliOnline warns of the risk of an apocalyptic explosion of raw sewage which could engulf the school, and presumably much of the surrounding area, with a fountain of untreated waste shooting 350 feet into the air.

The normally sensible former county councillor, Bill Thomas, explains that attenuation tanks under part of the site are gravity fed by a pipe coming down from Swiss Valley, that well-to-do leafy enclave which sits 350 feet above Llanerch Fields, and Mr Huw Woodford-Rock, described as an expert by LlanelliOnline, is brought in to agree with Bill's hypothesis that the result could be a gigantic fountain rising to an equidistant height.

You don't need a degree in physics to realise that this is just plain daft, but look at it another way. Hands up if you have heard of, let alone seen at first hand, 350 foot high fountains of sewage rising from a gravity-fed pipe?

Search Google for "fountain of sewage" and similar terms, and the most you will come up with are stories from places such as Cloonshanbally in County Sligo where a horrified Mrs O'Connor describes a "mini fountain" of sewage rising to a height of a few inches gurgling out of a manhole cover. Not to mention the Australian primary school where a plumber managed to link up a drinking fountain to the school's sewage system.

And why is Llanerch Fields so peculiarly at risk? What about all of the other properties which lie along the route taken by the Swiss Valley pipe, not to mention everywhere else in Llanelli or any other town or city criss-crossed by sewers?

And what about the risk to campaigners, Labour councillors and politicians who frequent Llanerch Fields giving interviews? The thought of Lee Waters and Rob James being shot 350 feet into the air atop a chocolate-coloured fountain does not bear thinking about.

Here is a sneak preview of some other upcoming news stories we can look forward to on LlanelliOnline: 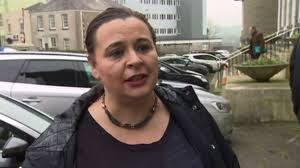 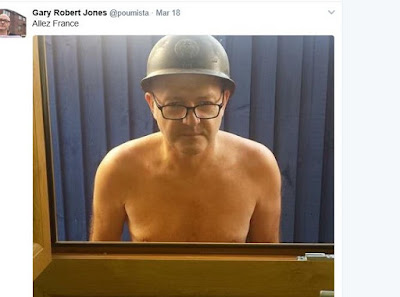 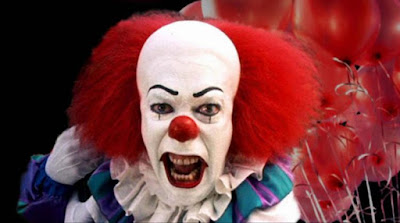 The tanks are there at the moment. There have been a number of very heavy rainfall events this Autumn. Have any of these down pours resulted in fountains of contaminated water?

Heavy rain forcasted for Saturday. Should there be a storm/ raw sewage alert for central Llanelli ?

Even the nearby fire station in Llanelli has concerns about flooding there from the nearby river. Emlyn Dole argued in the planning committee a few years back that funding a Rugby Region is more important than following WAG planning guidance on building on flood plains. He added that increasing the flood risk in the Sandy and Stradey areas was no responsibility of his as the council officers were all for building the new estate.

The low lying part of Llanelli is functionally below sea level, the sea defences can only take a 2 metre tidal surge and the tide locks cause river backflow which as some point will need to be pumped out dutch style. In parts of the sewerage system the "gravity flow" does not exist and it needs pumping out because of the rising sea level.

Although it is traditional to ignore the awful sewage problems of Llanelli and the sterling work of welsh water- currently digging a huge pipeline to move groundwater from under central Llanellli to be pumped up and out into Delta Lakes, Building near the attenuation tanks is not sensible. Ideally we need many more. 120 or so but there is no space to put them. They need maintenance and may get clogged up and eventually will probably need repair or replacement. Why take any risk at all?

I know that Llanelli has not had a 3 metre tidal surge since 1896 where it flooded much of the the town. That was caused by the tail end of an Atlantic Hurricane. That's much more likely to happen again, and no one has any money to spend on keeping the sea out. Just because a site is convenient it doesn't mean its the best one. I would put my money on more risk of this site of chronic fluvial back flooding as the sea level rises and/or the possible devastation of a tidal surge before the attenuation tanks block, collapse or leak. Either way, why not put it on an absolutely physically safe site?

Yes, the prospect of huge fountains of sewage is funny because it sounds ridiculous. The chances of that may be relatively low but it is no joke to risk building a primary school in the wrong place. In the future there will be less WAG cash to build these excellent new schools and no money to repair or replace ones built in less than ideal sites.

Using the same logic, if the sewage has to descend 350ft to create a 350ft sewage fountain then it naturally follows that once all the sewage has reached the bottom and risen to 350ft it will then have no option but to reverse the process and go from whence it came, creating a perpetual sewage rise and fall.

Clever people will be able to set their clocks and watches by the event, although with the planet currently tipping south towards the winter equinox, causing Swiss Valley to assume a relatively lower position, I guess the shit spouted will be greater in Llanerch Fields....

Well I have heard it all now 350ft fountain of excriment!! What forces of darkness are lurking in our sewers to cause that I wonder?? Maybe all the sh&t coming from the Heather Peters and Sharon Burdess civil engineering camp or is it the constant drivel of sewage from Rob James and Shahana Namji promising the earth and delivering absolutely nothing. The photo shoots with Cllr Jan Williams and co looking bewildered at the sight of a digger on Llanerch was priceless like tweedle dee and tweedle dumb all that was needed was tweedle even dumber James and it would have been like a carry on sketch.

Hilarious that labour "jump on" this . I wonder if they were in control of ccc would they still be interested in stirring the sewerage ? No . They would be defending the build as a massive brilliant idea ie "a brand new school for our children " better education . Better buildings = happier kids and parents. Like they jumped all over PPH closure walking from fire station into the town in protest of loss of services now they agree its a great service . I do wish they would make up their minds and stop talking sewerage ! Whilst i wont knock the service of pph nurses it is not better as the waiting lists are longer etc . But on the school side i wonder how many of their kids or grandkids names are down to go there already ? Hmmm

Breaking News - Rob James Leader sorry Deputy Leader Labour Group has requested to be a LEA governor on Ysgol Dewi Sant - no doubt to ensure that his views that the school does not need to be build on Llanerch Fields will be influenced by his presence . or is it rapid commitment to the welsh Language from our formerly based Neath cuckoo in the nest .