Thoughts on the Cilycwm By-election

The result takes the Plaid group on the council to 29 members, with one other having recently resigned to sit as an unaffiliated member. The official Independents are now down to 20, with Plaid just 9 seats short of an overall majority. Roll on May 2017.

Congratulations to Dafydd Tomos who worked very hard to win this ward in what was a very close fought campaign.

We are always told not to read too much into by-election results, but this one tells us a few things.

First, despite all the political turmoil and uncertainty of recent months, Plaid's vote in Carmarthenshire East and Dinefwr is as firm as ever. To win a by-election when you are running the council and having to make unpopular decisions because of continued budget cuts is no mean feat.

Second, it continues the long-term decline of the "official" Independent group of Meryl Gravell and Pam Palmer, now at their lowest ever ebb. Extinction can't come soon enough for anyone who believes in open,  accountable and democratic control of local government.

It cannot be acceptable to have an important branch of government run by a cabal which has never published a manifesto, but which has nevertheless clung to power ever since Carmarthenshire re-emerged from Dyfed. The result has been years of grimy pork barrel politics with Mark James as ring master, and the 50/50 split of cabinet seats which the Independents have insisted on since 2012 in coalitions with both Labour and Plaid is looking increasingly absurd and undemocratic.

Third, let's raise a glass to a truly terrible result for the Tories, pushed into a very poor seventh place. If there is a Theresa May bounce in Carmarthenshire, it's of the dead cat variety.

In second place was Arwel Davies, a local farmer, who put it about that he was an independent Independent. However, Cneifiwr has been reliably informed that Cllrs Pam Palmer and Mair Stephens were all over him like a rash, seeking to have their wicked way and lure him over to the Women's Institute Party.

Commiserations to the rest, especially Jacqui Thompson and Matthew Paul who shamelessly used his column in last week's Carmarthenshire Herald to try to drum up votes for his campaign. As an ex-Tory, there is hope for him yet.

In the meantime, he has rekindled the flame of Auberon Waugh's Dog Lovers' Party, championing the rights of dogs to poo in freedom and in defiance of the totalitarian council's determination to stamp down hard on dog mess. 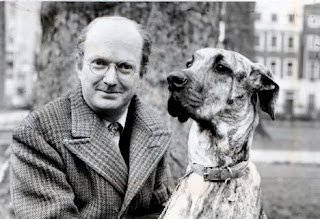 Without wishing to engender feelings of paranoia, Matthew should be advised that if he sees an elderly man lurking in the bushes with a camera when he's out walking the hounds, it's probably Cllr Jim Jones, Executive Member for Doggy Doos.

For Labour, Maria Carroll turned her village shop into campaign HQ, and for the first time in living memory Labour posters appeared in Llanwrda.

It is not known which of the various Labour parties in Carmarthenshire Maria was representing. Was she a Madge-ist, Anthony Jones-ite, Corbynista, Redmundskyist or fan of Oily Smith? We shall probably never know.

It is not even clear any more who is the leader of the Labour group on the council, with Kevin Madge telling anyone who asks that Jeff Edmunds is not his leader.

Great news then that democracy has finally arrived in Cilycwm, with seven individuals going to the trouble and expense of contesting a  council by-election. All human life was there with the exception of Ukip (debatably) and the Monster Raving Loony Party, although the MRLP may have infiltrated the LibDems.

And in eight months from now, the good people of Cilycwm will be asked to do it all again.

surely Matthew Paul is a leading Tory. Has he resigned ? If not, isn't it a bit odd that he stood as an independent against a Tory ?

I think we need to use the past tense here. I understand there has been a parting of ways after a bit of a tiff.

Wasn’t it Plaid that took the decision to jump into the “grimy pork barrel” with the Independents and, under Emlyn’s leadership, have since ensured business as usual at County Hall?
On the face of it, Dafydd Tomos should fit in well there as a yet another member of the council who is a senior, male farmer - plus ça change, plus c'est la même chose. Elmer Fudd has probably already got him in his sights to join his loyal band of allies on the planning committee who ease the passage of all those retrospective agricultural applications recommended for refusal.

Reassuring to see that the two candidates born and bred in the ward came top of the poll.After this result I hope that Mathew Paul and jacqui
Thompson take the hint that the people of the ward have no faith in them!

I think that's a bit unfair Anon@22.20. Jacqui Thompson has lived in the ward for a very long time, and I suspect that Matthew Paul has been there for quite a while as well. There's a difference between that and the sort of thing that goes on in Swansea where Labour puts up people who have no connection with the city and don't live in the wards they represent.

It's fair to say that most of the people who stood would have made good councillors even if they were not all born in Cilycwm. The good news is that there was no shortage of choice this time.

Why on earth should people "born and bred in the ward" make better councillors than other candidates? The opposite could very well be the case. Anon@22.20's comment just smacks of small-minded insularity.

Just because someone has beeen bred and born in the area certainly does not make them the better councillor.I would dare to say the exact opposite.This especially what I have seen in Carmarthenshire anyway.

Have to agree with anon above. Surely Ms Thompson is unelectable as how could she work with council departments for the good of the area. This explains her low vote. Dafydd like his predecessor is very well respected in the cilycwm community and has already done many good things for the area. An excellent choice I think.

re comment from anon 7. 58. You obviously don't like any wider debate and thoughts of other individuals. The electorate has spoken!

Let's end this on a positive note. Cilycwm was very lucky indeed to have so many good candidates to choose from - there are Westminster constituencies at general elections where voters have rather less choice.

Sadly, it's all too late to save the schools, the single thing which an area like Cilycwm needs more than anything else.

Llandovery may want to consider whether it has been well served by Ivor Jackson, come to think of it.

Congrats to dafydd but i dont think plaid are ploughing their own furrow in county hall, they are just doing metyl and mark's dirty work forthem and too scared to open the pandora's box of worms (pardon mixed metaphores) to expose all the shenanigans that have taken place, siomedig iawn