"Dear Friend", Calum Higgins wrote recently on a leaflet distributed to people in Carmarthenshire, "I am contacting you about registering to vote. At the moment, if you wanted to vote at any election, you couldn't - because you are not on the electoral register".

This came as a surprise to some of the people who received it because they were very much on the electoral register. Coming from a county councillor and parliamentary candidate, the leaflet nevertheless seemed to be speaking with the voice of authority, and it worried them.

A complaint ended up with the Electoral Commission which says that the Labour Party has now agreed not to distribute the leaflet any more.

The leaflet also talked about protecting people from "Plaid cuts". This was equally puzzling because Plaid is in opposition in both Carmarthenshire and at a national level, as well as being opposed to Labour's austerity plans.

Expect more of the same over the next nine months. 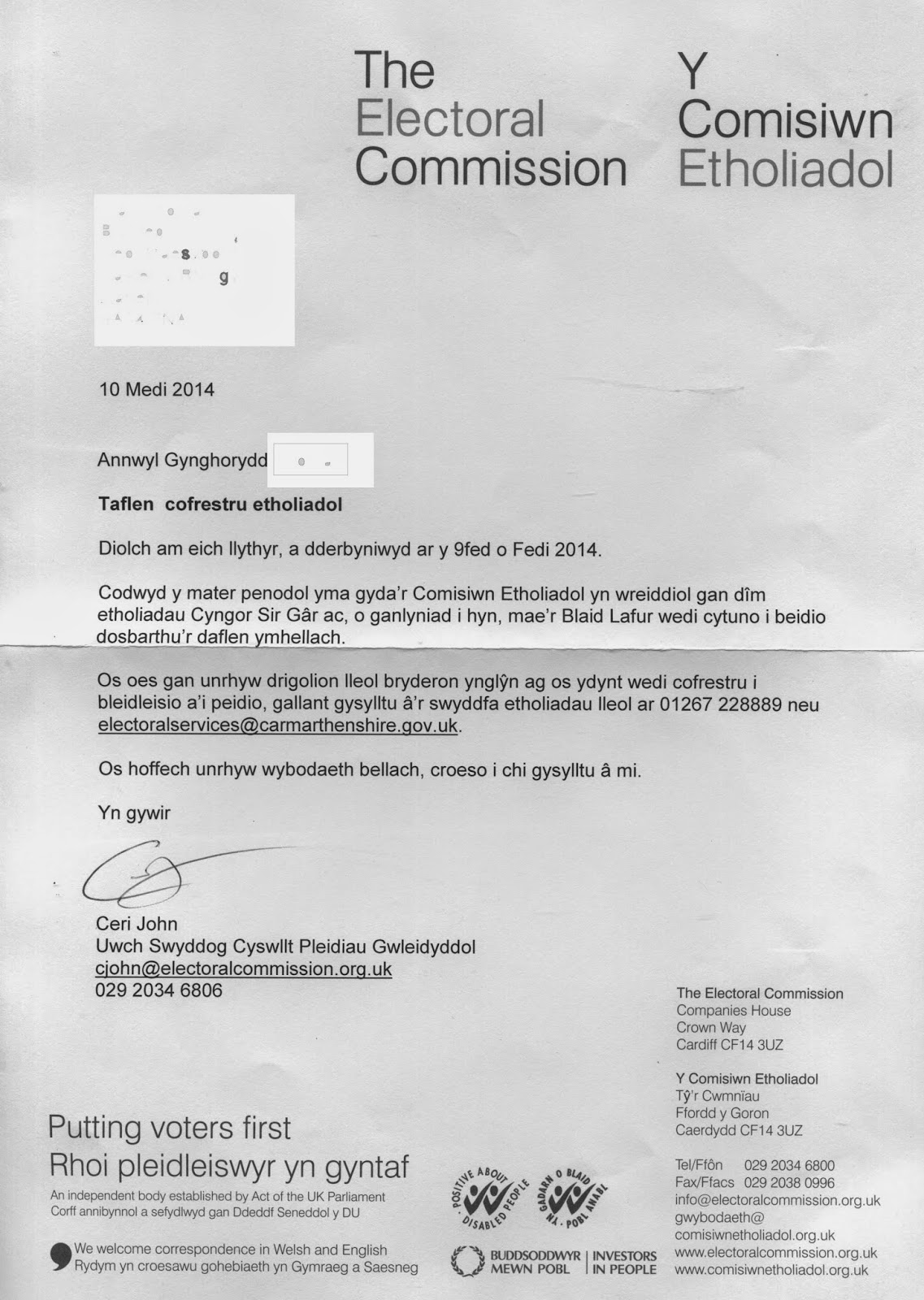 Plus lots of kissing babies (or maybe not these days), cheap shots and personal attacks on the opposition, openings of lots of shops and facilities, announcements of wonderful grants to wonderful people and lits of press picture opportunities.

However, do check those electoral roll numbers - some councils have "accidentally" dropped 6-7% of their voters by not following up people who have moved into the area, moved house, etc.